Walter Ricci, born in 1989, grew up in a musical household due to the background of his musician father. From a very young age, Walter was exposed to every genre of music; however, jazz-in all its forms- intrigued and excited him, from swing, to bebop, to contemporary jazz. Attracted to the giants such as Frank Sinatra, Tony Bennet and Ella Fitzgerald, Walter devoted himself to the study of the piano, specializing in the technique of improvisation. After a few years of study, Walter began performing at the most coveted jazz club stages with prestigious musicians. Walter’s career began in 2006, when he was recognized with the “Massimo Urbani National Award”. On that occasion, Walter met the Turin trumpet player Fabrizio Bosso, who became his close companion and supporter in the following years. It wasn’t long before Walter Ricci began to attract the attention of internationally known newspapers and networks such as Jazz Magazine and Jazzit, both of which published several interviews of him in 2007. In 2008 he met Stefano Di Battista, with whom he performed in Italy, France, Spain, and Switzerland. In the same year, Ricci’s voice was compared to the album “TOUCH” by Lorenzo Tucci (one of the most talented jazz drummers in Italy) and the album was distributed by SCHEMA RECORD in Japan and other countries. In 2009 and 2010 Walter was invited by Pippo Baudo to the Domenica In program, as a singer of the orchestra conducted by Pippo Caruso.

This program, which was broadcasted on the first national network, the opportunity for Walter to meet and duet with internationally renowned artists, such as Michael Bublè and Mario Biondi…who later invited Walter to collaborate on his record and tour. In the meantime, Walter continued to work with Guido Pistocchi on the album “PRIMAVERA” (label DEJAVUR). Shortly after, he met with saxophonist Daniele Scannapieco, with whom he created a tribute to one of the greatest composers in history: “THE COLE PORTER SONGBOOK”. In October 2012, Ricci performed as a guest in the Luca Santaniello quartet at the “Dizzy’s Club Coca Cola” of Lincoln Center in New York, and in 2015 he went on to participate and place in the semifinals of the prestigious MONK COMPETITION. At the beginning of 2016, Fabrizio Bosso calls Ricci to participate in his “Spiritual” with Alberto Marsico and Alessandro Minetto. Bosso and Ricci then went on to record an album together for this series dedicated to Italian Jazz, and it was later published by Espresso. In September 2016 Walter competed in the international festival NEW WAVE CONTEST in Sochi, Russia, where he enchanted the audience and jury, and won the first place title (ex aequo with the Croatian rocker Dino).

Walter Ricci’s highly anticipated album titled STORIES, is scheduled to release in October 2019 on Italian record label, Irma Records. Included in the album is fourteen tracks—ten of which are original, and the remaining four are covers in Italian, English and French. Ricci’s album embraces an international sound, highlighting some of the great Italian melodies such as “Guarda che luna”, and “Tu si na cosa grande”, in a duet featuring Chiara Civello. The album also features songs in English, including “No Doubt Left” with Papik. Ranging from jazz to pop, Walter Ricci also duets with legendary world musicians like Dede Ceccarelli, a world-famous drummer known for collaborating with Ray Charles. In the timeless cover “Guarda che luna”, the great Stefano Di Battista duets with Fabrizio Bosso in an original song entitled “I Believe in you”. Ricci places special significance on three records (“Raccontami”, “You are all” and “Turn and Turn”), as these tracks portray the great friendship between the artist and pianist/French composer, JeanPierre Como. Because of their friendship, Walter went on to perform in many important French concerts including: MARCIAC FESTIVAL, OPERA by PARIS, and MONTREAUX JAZZ.

Stories would not be complete without a tribute to the city of Naples, (track # 12), Ricci performs a version of “Caruso” in duo with the guitar giant Sylvain Luc. The album, co-written/produced with Dario Rosciglione, challenges Walter’s abilities as an author and producer. Arguably the most anticipated single of the album, “DEL RESTO”  shows the author’s perspective of how freedom can become an element of sadness when a love ends. The second single titled “Sophie” paints the picture of a dark night illuminated by a full moon…an open-air serenade, dedicated to a Parisian friend lost at a very young age. 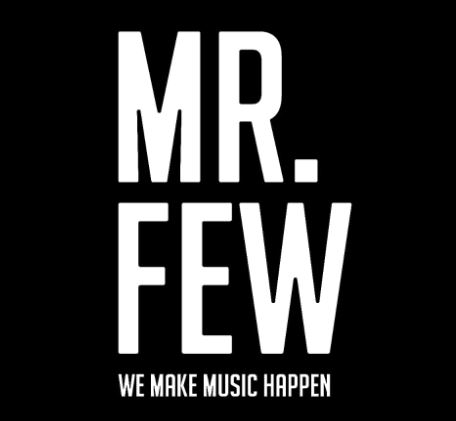